One of the nine Life-saving Golden Rules of Mercer is: “I only smoke in designated areas”.

This is not an arbitrary rule, as we handle large quantities of wood, chemicals, fuels and other materials that are flammable and combustible. Every possible source of ignition must be avoided – including cigarettes!

Cigarettes can not only be dangerous to the company, but also to the people. Rosenthal has long worked on concepts to protect the health and well-being of non-smoking employees, while also protecting the rights of employees who smoke.

Until the end of the last century, it was common to smoke in the workplace and even during meetings. To protect non-smokers, smoking was banned in offices, vehicles, and meeting rooms. In general, smoking was not banned but permitted in so-called smoking areas. It was possible, for example, that entire workshops were designated as smoking areas.

Since this compromise quite obviously disadvantaged non-smokers who shared the rooms in question with smokers, it proved unsuitable.

A solution was needed!

Management would have preferred to ban smoking on the premises completely, as is commonplace in some chemical plants already. The danger we saw was that the implicit illegality of smoking would lead to people smoking “on the sly,” perhaps during times when working alone or on night and weekend shifts.

After consultation with the works council for Rosenthal employees, a new solution was devised: the installation of smoker’s cabins outside of some of the buildings. 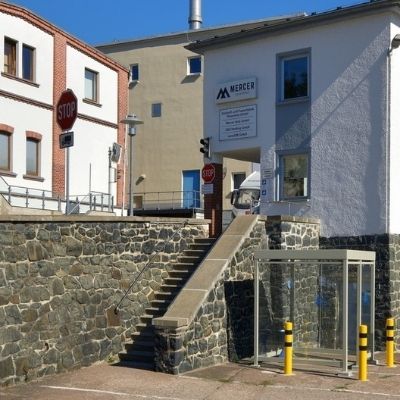 As a result, smoking is no longer permitted in any workplace. It is now only permitted in the smoking rooms, essentially consisting of smoking booths.

The cabins are not fully closed and are not heated, meaning smoking is somewhat less comfortable. The new arrangement has been well received. Unfortunately, there are still occasional violations. For example, our property insurer found cigarette butts outside of the designated smoking areas during our latest inspection and brought this concern forward.

We are continuing to work on full compliance with this Life-saving Golden Rule and are striving to find appropriate solutions in the vicinity of all workplaces. 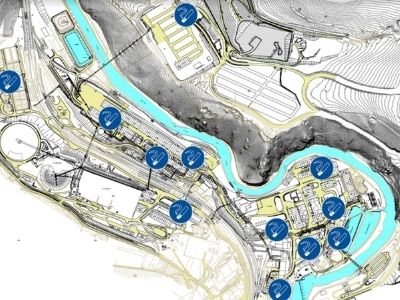 Site plan of Rosenthal with smoking booths drawn in